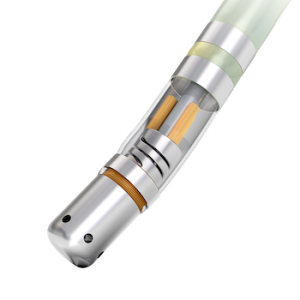 One of the safest and most effective treatments for atrial fibrillation or Afib and many other arrhythmias is a cardiac catheter ablation. This option is usually pursued after lifestyle change and medication has failed to alleviate the patient’s symptoms or if medication causes side effects such that the patient can’t continue medical management. Indeed, approximately 50% of patients will not be able to tolerate the side effects of medication. At one time, they would have had no option but to take their medication, undergo invasive surgery or live with Afib. Fortunately, this new technology has added another layer of treatment to their options

What is a cardiac catheter ablation?

Cardiac catheter ablation is a minimally invasive procedure performed in an EP or electrophysiology lab. A catheter-based procedure means that only a tiny incision in the groin or arm is necessary to access the heart, versus far more invasive surgery just a few decades ago. The procedure can take anywhere between two and four hours depending on the complexity of the arrhythmia. A small incision is made in the groin or arm and the catheter is inserted through a sheath and along a guidewire into a blood vessel, which guides it into the heart.

A cardiac catheter ablation is very successful and very safe in the hands of an experienced electrophysiologist like Dr. Tordini. In fact, success rates of about 70% are shown in the literature, but with well-chosen patients, the success rate is even higher. Most importantly, an ablation represents a very safe procedure. The risks and considerations, which will be discussed below, are relatively low and major complications are extremely rare.

What if the ablation doesn’t work?

While most ablations are very successful in improving or eliminating the symptoms associated with Afib, there are times where a patient does not receive the results that they or their electrophysiologist expect. Fortunately, because of the minimally invasive nature of the procedure, an additional ablation can be performed to eliminate any electrical signals that may not have been present or caught during the original ablation. Known as a touchup, these ablations are relatively quick, and patient are typically well prepared for the procedure and its recovery.

The risks of a catheter ablation

Fortunately, the risks of a catheter ablation mostly revolve around the inherent risks of any catheter procedure including pain, swelling, blood loss or infection at the incision site in the groin or the arm. Serious complications such as heart attack, stroke or other cardiovascular events are very rare. However, we perform our procedures at top hospitals to ensure the very best response time should any issues arise.

Dr. Tordini will discuss potential complications as they relate to your particular circumstance during consultation. For more information about the cardiac catheter ablation, we look forward to meeting you and discussing your options.