The Most Dangerous Cardiac Arrhythmia

When we think of dangerous heart related issues, arrhythmias don’t often make the list. Everybody jumps straight to heart attack – and rightly so. However, arrhythmias represent an insidious issue that is often overlooked. For many patients, avoiding activities that may induce an arrhythmia or simply living with the arrhythmia is preferable to seeing a doctor and “risking a bad diagnosis.” However, this is not the way to approach arrhythmias as most arrythmias can be managed without major intervention. While some arrhythmias are relatively benign and can be managed with low dose medication or even lifestyle change, there are others that can cause significant injury or even death. 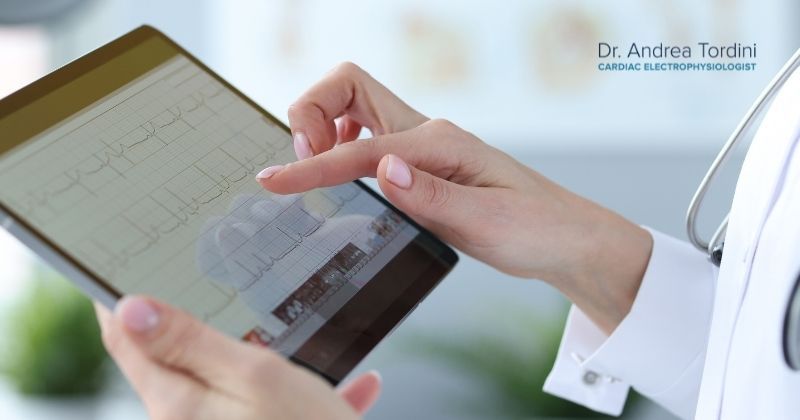 How much danger am I actually in?

If we discuss the most dangerous arrhythmia in absolute terms, we would choose a ventricular arrhythmia known as V-fib. This is when the ventricles (lower chambers of the heart) start beating too fast and can cause sudden cardiac death (SCD). This is often what you see in the movies – when someone collapses unexpectedly and an automated external defibrillator, which can now be found in many public places, is used to jumpstart the heart. However, these arrhythmias are relatively uncommon in healthy patients. In fact, we can stratify risk in patients who have existing cardiovascular issues and fit them with special devices to avoid SCD. These devices, known as implantable cardioverter defibrillators or ICDs, essentially do the same thing as an automated external defibrillator – but from inside the body.

Quite frankly, much more concerning is the most common arrhythmia in the United States and around the world, known as atrial fibrillation or AFib. While certainly not as immediately concerning as ventricular fibrillation, atrial fibrillation accounts for an almost fivefold increase in the risk of stroke. In fact, it is estimated that upwards of 1/3 of all strokes may be caused by AFib. Considering that millions of Americans suffer from AFib – many of whom have not been treated or don’t even know they have it – the number of patients at risk of stroke is actually quite high.

As a result, there are several interventions that are specifically geared toward reducing the risk of risk of stroke in patients suffering from AFib. This ranges from procedures to cure AFib such as cardiac catheter ablation (that uses heat to destroy heart tissue) and cardiac cryoablation (that uses cold to do the same) to the closure of the left atrial appendage, which is often the source of the blood clot causing the stroke. No matter what procedure or combination of procedures is being used, the point of this article is to make patients understand that an irregular heartbeat can be dangerous.

Whether relatively mild or severe, irregular heartbeats should be evaluated by a qualified electrophysiologist such as Dr. Tordini and an appropriate treatment plan can be started – ranging from lifestyle change and medication up to curative procedures.

We look forward to having you in our office discussed the options for your circumstance. Please contact us to schedule a consultation.

Dr. Tordini is a part of Florida Medical Clinic in Tampa